One year after Cyclone Idai, Millions Still in Need of Assistance 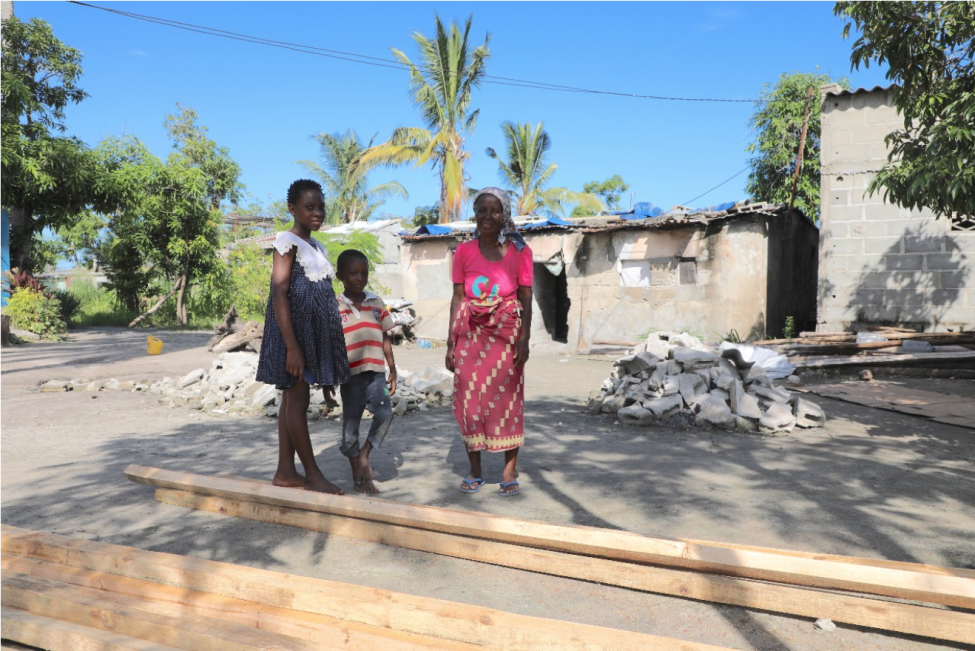 Maputo - Millions of people are still in need of humanitarian assistance and support rebuilding their livelihoods one year after Cyclone Idai slammed into three Southeast African nations.

The devastating Category 4 cyclone made landfall in Mozambique on 14 March 2019, moving on to inundate parts of neighbouring Zimbabwe and Malawi. It was followed six weeks later by Cyclone Kenneth which extended the damage to the north of the country which had escaped Idai unscathed.

The United Nations estimates 2.5 million people in Mozambique alone need humanitarian assistance due to the cyclones,  drought and flooding. More than 100,000 continue to live in 76 resettlement sites, according to the IOM Displacement Tracking Matrix (DTM).

Drought in the southern part of the country and three months of heavy rains beginning in December has created additional hardship, affecting approximately 150,000 people, including 71,000 in Sofala province, one of the areas Cyclone Idai hit hardest. The rains have damaged over 4,000 shelters within resettlement sites.

IOM Mozambique is providing assistance both inside resettlement sites and in host communities. Since March 2019 the Organization’s direct assistance has reached over 500,000 people with both in-kind and procured shelter items, and support in the areas of Shelter, Camp Coordination and Camp Management (CCCM), Protection, Health, and Mental Health and Psychosocial Support (MHPSS).

As some affected areas transition from the emergency response to recovery phase, IOM Mozambique recently distributed 2,500 shelter recovery kits with sturdy materials for families to rebuild or repair their homes. There is a need for emergency shelter distributions to assist thousands of families affected by flooding in central Mozambique. However, funding is limited and additional resources are urgently required in order to continue to provide much needed humanitarian and recovery assistance.

“Cyclone Idai devastated the homes and livelihoods of hundreds of thousands of families in Mozambique, Zimbabwe and Malawi. I have seen the challenges that these families face in the effort to rebuild their lives, both in displacement or resettlement sites and within their own communities,” said IOM Southern Africa Regional Director Charles Kwenin. “In cooperation with the governments of these countries, IOM has provided extensive emergency humanitarian assistance and recovery support for affected communities, but additional resources will be needed, as vulnerabilities pose challenges to recovery.”

In Zimbabwe where Cyclone Idai affected an estimated 270,000 people, IOM in the months following the cyclone distributed 43 tons of Non-Food Items (NFIs), tarpaulins and mosquito nets in Manicaland and Masvingo provinces. The Organization, in close collaboration with CARE and the Government of Zimbabwe, established four camps for displaced persons in Chimanimani, Manicaland province to provide emergency shelter to the displaced population. There are currently 224 households (830 people) still living in the camps, where ongoing rainy season has contributed to further hardship.

Displaced families in Cyclone Idai-affected communities of Zimbabwe remain in critical need of further emergency assistance and early recovery support, to recover from the damage to their homes and livelihoods. Shelter assistance is still required for 43,325 Individuals who remain displaced, the majority of whom are in host communities, creating further stress to already vulnerable households, that face challenges due to the deteriorated economic situation and the food security crisis in the country.

In Malawi, where according to DTM over 50,000 people were displaced by Cyclone Idai, IOM has responded with support in the areas of CCCM, DTM and Shelter and Non-Food Items. CCCM support was provided to over 53,000 people who were displaced by flooding in 81 sites located in Chikwawa, Nsanje, Zomba and Phalombe districts of Southern Malawi.

There is glaring and urgent need for shelter support for households who were affected by Cyclone Idai whose situations have been compounded by the torrential rains Malawi has been experiencing since November 2019 until the end of February. There is additional need for proper preparation of reconstruction sites with the possibility of construction of dykes to manage water flows, strengthening community sensitization and capacity building activities on the Build Back Better (BBB) principle if communities are to be resilient to shocks such as floods.

In Mozambique, Zimbabwe and Malawi, IOM continues to monitor the humanitarian situation through the DTM, to support the humanitarian community and provide respective governments accurate and timely information to track mobility, vulnerability and the needs of displaced people and affected communities in order to inform and facilitate the humanitarian response and monitor provision of humanitarian assistance.